Dr. Doudna and Dr. Charpentier created is a system to edit DNA as desired. This optimized tool is based on the research of many scientists who worked before the two Nobel Prize awardees and was inspired by an innate immune system that is present in very primitive bacteria. This system has already been used to edit genetic information in cultured human cells, yeast, and plants.

Some bacteria defend themselves by using the CRISPR system to recognize the genes of an attacking virus and destroy them using an enzyme called Cas9 that slices the viral genetic material.

How to use this amazing tool? If there is a genetic flaw that results in an inactive enzyme, editing it with CRISPR-Cas9 can fix the gene and the resulting protein. In a way, you are dictating evolution.  For people who have inherited diseases, this will be an opportunity to have healthy children.

Please note that this is the equivalent of inventing a typewriter, you still need to know what to write on that piece of paper. You need to know which gene you need to modify and how to modify it. It would not help with intelligence, where you have so many genes involved, or height or skin color, but it would help if a hereditary health problem had to do with a single protein, like is the case in sickle cell disease. It can be used to change mosquitoes so that they will not be able to transmit malaria.

One added bonus: Dr. Doudna (USA) and Dr. Charpentier (France) who won the Nobel prize met at a cafe in Puerto Rico during a scientific meeting they were attending. That’s the way many scientific collaborations start. 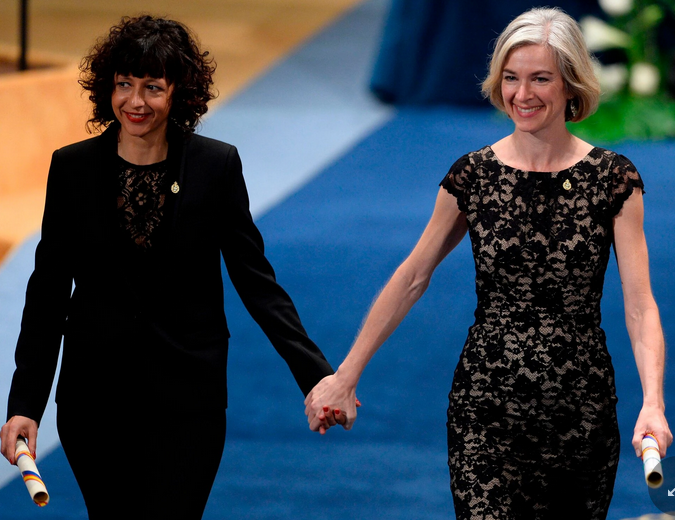