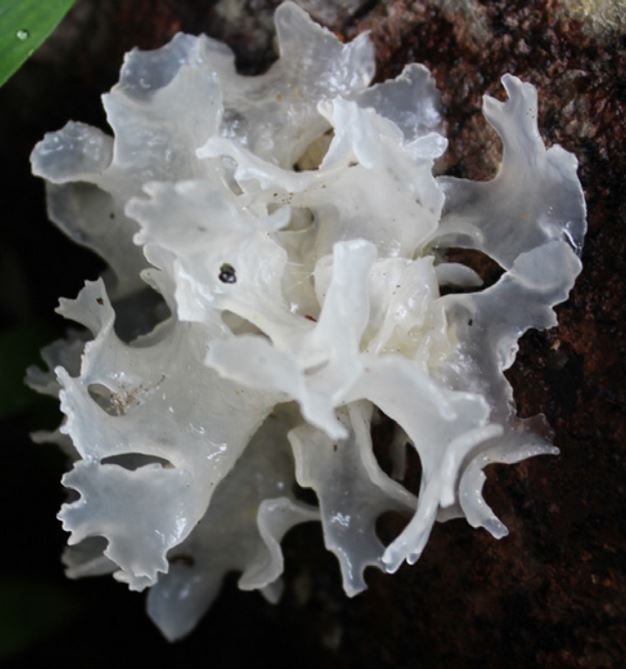 Figure: the snow fungus is more than “just” a fungus.

Let me first remind you of what symbiosis is.  The word comes from Greek συμβίωσις, symbíōsis, “living together”, from σύν, sýn, “together”, and βίωσις, bíōsis, “living”. It refers to any close, long-term biological interaction between two different biological organisms. The organisms, each termed a symbiont, must be of different species.

How does it apply to the pretty “snow fungus”? Tremella fuciformis is a parasitic yeast that grows as a slimy film until it encounters its preferred hosts, also a fungus like Annulohypoxylon archeri. The yeast invades, triggering the fast growth required to form the fruiting bodies found on decaying wood,  three components in total. This three-species “organism” can be cultivated on fallen wood if the two species of fungus are inoculated together.