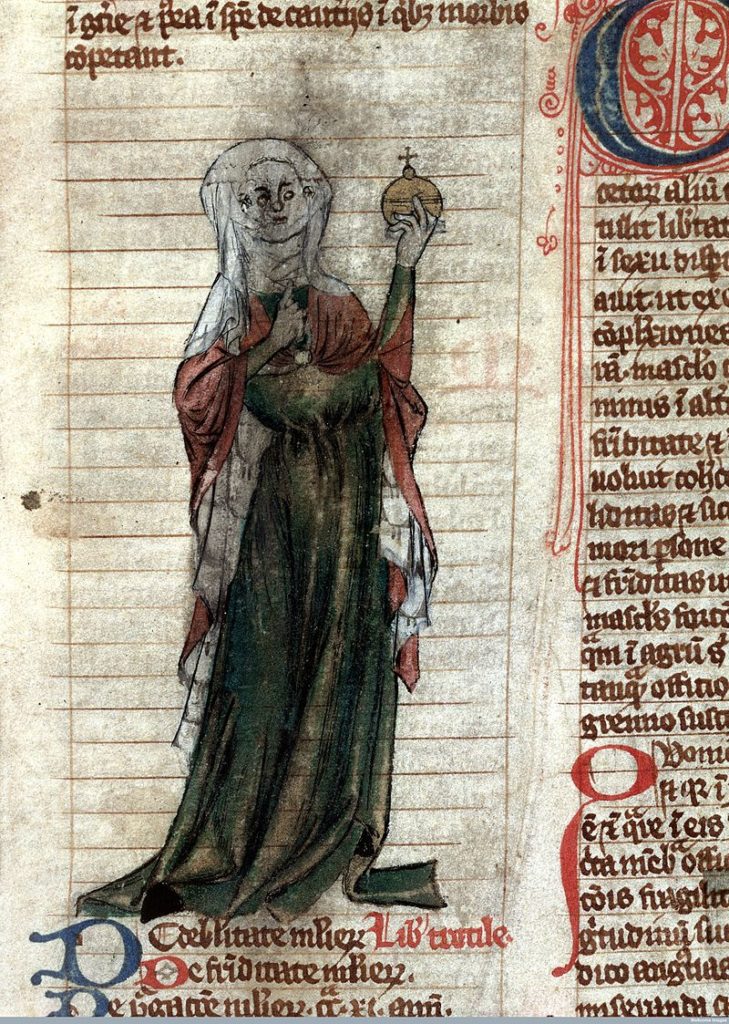 Don’t complain about how women’s medical conditions are treated these days. It was worse in the XII century. “Book on the Conditions of Women and Women’s Cosmetics” a.k.a. the Trotula, were popular between the late twelfth and the fifteenth centuries. For the next several hundred years, the Trotula texts circulated throughout Europe, reaching its greatest popularity in the 14th century.

The Trotula is a good guide to what women’s health care looked like then, and a good reason to be happy to live now and here, and not then and there. The name may suggest a female author but there were several (many?) authors and  they were probably men. That would explain why there are a couple of theories about the uterus location: that  the uterus wanders all around the body or that it can only rise up to the respiratory organs.

The cosmetics section of The Trotula “On the adornment of Women” is much longer than the section on cancer (use a powder made of green copper and cumin). For depilation, it explains how to use quicklime.For long and black hair, remove the head and tail of a green lizard and boil it in common oil.  It also refers to frankincense, cloves, cinnamon, nutmeg, and galangal, so let’s say that it got some stuff right, I like frankincense and galangal, we use them at Skin Actives. The others are a bit trickier.

Why mention The Trotula? I despair of people who think old times were better. They weren’t, not even for kings and queens, and certainly not for the peasants you and I are descended from. My father still used suction cups for his respiratory ailments, but I am happy with the medications developed thanks to extensive scientific research.