Her life reads like a TV series, how come nobody produced it yet? In fact, there was both a musical and a comedy inspired by her life.

Chaja Rubinstein was born in 1870 to a Polish Jewish family. She was lucky to be was born in a city, Krakow (Lesser Poland) then part of the Austria-Hungary empire, at a time when there was some tolerance towards minorities. She had a good education and even started medical school. The only part that she liked was labwork and not dealing with illness and death. Late in the 19th-century doctors did not have many tools, and being a doctor was not a satisfying profession. Work on antisepsis had just begun and antibiotics were still far in the future. So Chaja left medical school.

Chaja’s family and life difficulties made her what she was: her father was not a successful businessman so she helped with the accounts. Being the eldest of eight daughters (no brothers survived infancy) she felt she had to help her family but not necessarily by doing housework. When asked to accept an unwanted, arranged marriage to a widower twice her age, this strong woman left Krakow for Australia where she had some family.

In Australia, after working on her uncle’s farm, as a waitress, and more, Chaja started her business and made her own creams using lanolin, abundant in Australia as a byproduct of the wool industry. 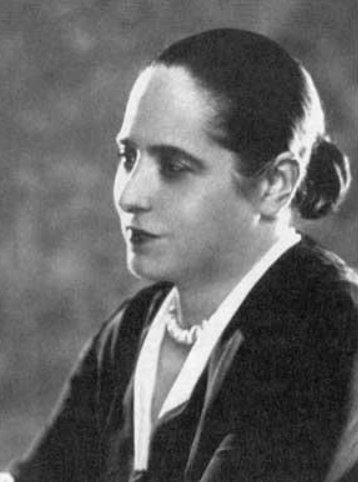 As we know, Australian weather does not make for good and smooth skin. Chaja started selling face creams, and the first creams she sold was one used by her mother and made by Dr. Jacob Lykusky, a Hungarian chemist living in Krakow. Lykusky made the cream from a formula of herbs, essence of almonds, and extract from the bark of the Carpathian fir tree (Picea abies).

Later on, this family-centered woman would get her sisters to manage parts of her skincare empire (which survived by many years the Austrian-Hungarian empire). From Melbourne to London, Paris, New York, and the rest of the world, she built a business empire.

She had a rich and fruitful life, the one she chose.